It’s our last day in Chiang Mai today & then we are off to Phuket! If you’ve been following me along on my IG, you must already know that we had a pretty traumatic experience the other day when we visited the elephants. I was looking forward to seeing these beautiful animals in their natural habitat & let me just start out by saying they did not disappoint. An and I (& the rest of our group) were having a lovely time at the sanctuary before one of the males went crazy.

So let me explain. The elephant sanctuary I chose was extremely ethical & does NOT use weapons such as hooks, knives, or spears to “train” them. Ever since the elephants were born, they’ve been taught words & commands to obey from their trainers (& us when feeding). The camp had a couple females and two males, one older and one a lot younger. The trainers explained to us that once a year, the elephants will have raging hormones and will only want to mate. Anything in their way will enrage them because their hormones are not balanced.

Now you’re probably wondering why I’m telling you all this, but there is good reason. I came into the sanctuary excited, full of joy & love, which quickly turned into fear as the realization of how wild these animals still are, set in. After we learned about the elephants, we washed bananas and went to feed them. They all ate plenty & we walked them down to the side of the river where we fed them some more and took some pictures/pet them. As this was happening , the larger elephant began pushing the younger elephant down on his knees, but the little one kept coming back up. The trainers decided to pull him away, though he seemed irritated, swaying back & forth. A couple minutes later we were told to go back up to the camp, so we did what we were told. On the way, we had to cross a bridge and that was when all the commotion began.

We quickly crossed while we heard screams and shrieks. The next thing you know we were booking it up the hill because the large male elephant was charging up aggressively, chasing the younger male. We barely slipped off to the side when it came stomping back down. Everyone was scared & was looking for places to run & hide as the elephant chased one of the trainers down to the river where he luckily slid under a dock that saved him from being trampled.

The elephant came back up towards the camp and was full of anger, kicking his hooves looking to see what to charge at next. I was pretty cornered and hid behind a truck, praying he would go the other way because I didn’t have any idea as to what I would’ve done at that point. He chose to go the other way toward another trainer & a worker pulled out the truck as our whole group hopped onto the back. He sped down the hill as we all panted and exchanged crazy moments. With adrenaline rushing through our veins, we hopped off the truck & did our best to calm down.

Little did we know, the larger male actually went into heat & was protecting his “wife”. He got territorial with the younger male around and wanted to show him who’s boss (obviously not caring if there were people around, because he’s a wild animal). Eventually they needed to call in a doctor to tranquilize him because he was destroying everything and hurting the other elephants.

This goes to show that wild animals will always be wild at heart. No matter how big or small, whether you’ve raised them since birth, all it takes is one little trigger and *snap*, they can become the complete opposite. I’m so glad I’m alive and everyone was okay. I am also so appreciative of this eye opener, though it was a bit scary. And to come to think of it, I’ll never forget this memory & the people I went through it with. My advise? Just keep in mind things like this can happen to anyone, at anytime, and be careful if you do go visit elephants one day!

And now to the pumpkin pies hahaha! All I have to say is I ate three all by myself.. so make these for your Thanksgiving or Friendsgiving and have a couple more for me cause I won’t be here ?? 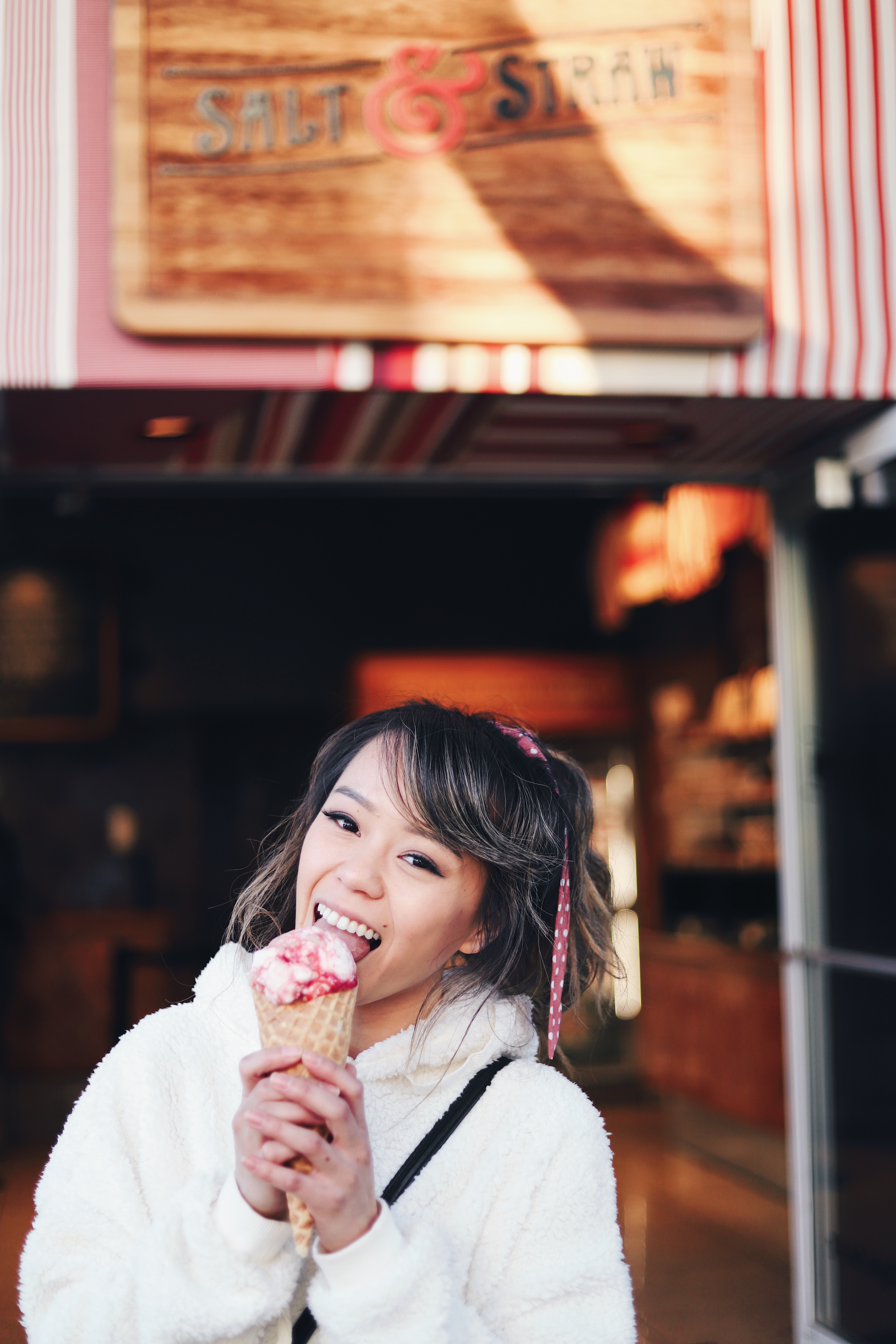 Welcome to The Buttery Whisk! I’m Stephanie and I’m the food-crazed author, photographer and baker behind this blog. Thanks for stopping by!